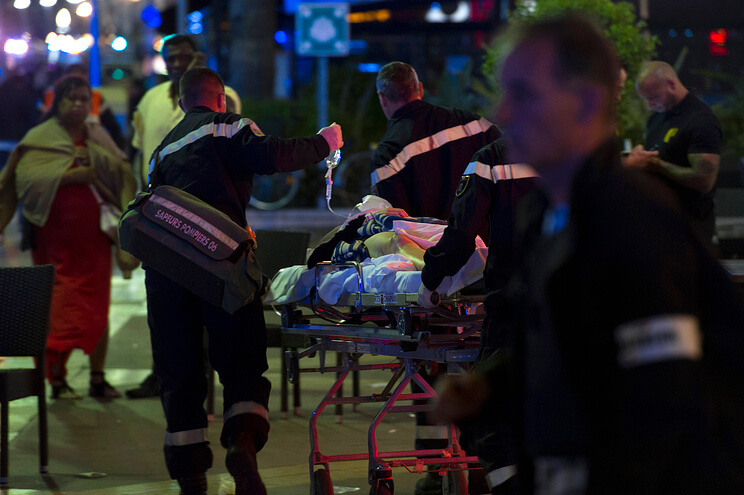 epa05425171 Wounded people are evacuated from the scene where a truck crashed into the crowd during the Bastille Day celebrations in Nice, France, 14 July 2016. According to reports, at least 70 people died and many were wounded after a truck drove into the crowd on the famous Promenade des Anglais during celebrations of Bastille Day. Anti-terrorism police took over the investigation in the incident, media added. EPA/OLIVIER ANRIGO 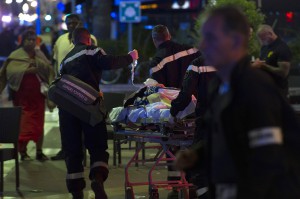